Voice Over: This man is Ernest Scribbler… writer of jokes. In a few moments, he win have written the funniest joke in the world… and, as a consequence, he will die … laughing.

Voice Over: It was obvious that this joke was lethal… no one could read it and live …

Commentator: This morning, shortly after eleven o’clock, comedy struck this little house in Dibley Road. Sudden …violent … comedy. Police have sealed off the area, and Scotland Yard’s crack inspector is with me now.

Inspector: I shall enter the house and attempt to remove the joke.

Inspector: I shall be aided by the sound of sombre music, played on gramophone records, and also by the chanting of laments by the men of Q Division … The atmosphere thus created should protect me in the eventuality of me reading the joke.

Commentator: There goes a brave man. Whether he comes out alive or not, this will surely be remembered as one of the most courageous and gallant acts in police history.

Voice Over: It was not long before the Army became interested in the military potential of the Killer Joke. Under top security, the joke was hurried to a meeting of Allied Commanders at the Ministry of War.

Voice Over: Top brass were impressed. Tests on Salisbury Plain confirmed the joke’s devastating effectiveness at a range of up to fifty yards.

Cut to a Colonel talking to camera.

Colonel: All through the winter of ’43 we had translators working, in joke-proof conditions, to try and produce a German version of the joke. They worked on one word each for greater safety. One of them saw two words of the joke and spent several weeks in hospital. But apart from that things went pretty quickly, and we soon had the joke by January, in a form which our troops couldn’t understand but which the Germans could.

Voice Over: So, on July 8th, I944, the joke was first told to the enemy in the Ardennes…

Voice Over: It was a fantastic success. Over sixty thousand times as powerful as Britain’s great pre-war joke … Hider just couldn’t match.

Voice Over: In action it was deadly.

Voice Over: The German casualties were appalling.

Nazi: Vott is the big joke?

Officer: I can only give you name, rank, and why did the chicken cross the road?

Nazi: That’s not funny! …I vant to know the joke.

Officer: All right. How do you make a Nazi cross?

Nazi: I don’t know … how do you make a Nazi cross?

Officer: Tread on his corns.

Nazi: Gott in Hiramell That’s not funny! Now if you don’t tell me the joke, I shall hit you properly.

Officer: I can stand physical pain, you know.

Officer: Oh no – anything but that please no, all fight I’ll tell you.

Voice Over: But at Peenemunde in the Autumn of ’44, the Germans were working on a joke of their own.

Otto: We let you know.

Voice Over: But by December their joke was ready, and Hitler gave the order for the German V-Joke to be broadcast in English.

Commentator: In 1945 Peace broke out. It was the end of the Joke. Joke warfare was banned at a special session of the Geneva Convention, and in I950 the last remaining copy of the joke was laid to rest here in the Berkshire countryside, never to be told again.

1 komentārs par “Monty Python: The Funniest Joke In The World” 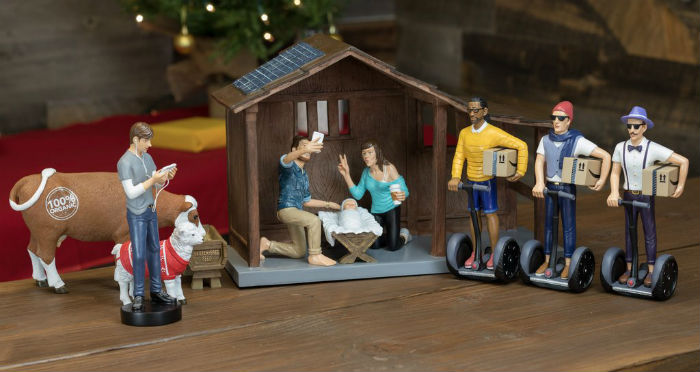