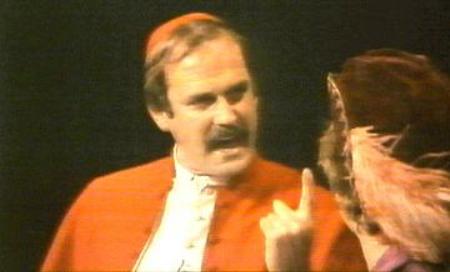 Servant: A Michelangelo to see you, your Holiness.

Servant: Michelangelo, the famous renaissance artist whose best known works include the ceiling of the Sistine Chapel, and the celebrated statue of David.

Servant: In 1514 he returned to Florence and de…

Pope: Evening, Michelangelo. I want to have a word with you about this painting of yours, “The Last Supper.”

Pope: I’m not happy about it.

Pope: Not happy at all.

Michelangelo: Ah, no, I know, they do have a bit of colour, don’t they? Oh, I know, you don’t like the kangaroo?

Michelangelo: No problem, I’ll paint him out.

Pope: I never saw a kangaroo!

Michelangelo: Uuh…he’s right in the back. I’ll paint him out! No sweat, I’ll make him into a disciple.

Michelangelo: Are they too Jewish? I made Judas the most Jewish.

Pope: No, it’s just that there are twenty-eight of them.

Michelangelo: Oh, well, another one will never matter, I’ll make the kangaroo into another one.

Pope: No, that’s not the point.

Michelangelo: All right. Well, I’ll lose the kangaroo. Be honest, I wasn’t perfectly happy with it.

Pope: That’s not the point. There are twenty-eight disciples!

Pope: Well, of course it’s too many!

Pope: There were only twelve disciples at the last supper.

Michelangelo: Well, maybe some of the others ones came along afterw…

Pope: There were only twelve altogether.

Michelangelo: Well, maybe some of their friends came by, you know?

Pope: Look! There were just twelve disciples and our Lord at the last supper. The Bible clearly says so.

Michelangelo: You see, I like them, they help to flesh out the scene, I could lose a few, you know I could…

Pope: Look! There were only twelve disciples at…

Michelangelo: Well there you are, then!

Pope: Look! The last supper is a significant event in the life of our Lord, the penultimate supper was not! Even if they had a conjurer and a mariachi band. Now, a last supper I commissioned from you, and a last supper I want! With twelve disciples and one Christ!

Pope: Yes one! Now will you please tell me what in God’s name possessed you to paint this with three Christs in it?

Michelangelo: Yeah! It looks great! The fat one balances the two skinny ones.

Pope: There was only one Redeemer!

Pope: Well one Messiah is what I want!

Michelangelo: I’ll tell you what you want, mate! You want a bloody photographer! That’s you want. Not a bloody creative artist to crease you up…

Pope: I’ll tell you what I want! I want a last supper with one Christ, twelve disciples, no kangaroos, no trampoline acts, by Thursday lunch, or you don’t get paid!

Pope: Look! I’m the bloody pope, I am! May not know much about art, but I know what I like! 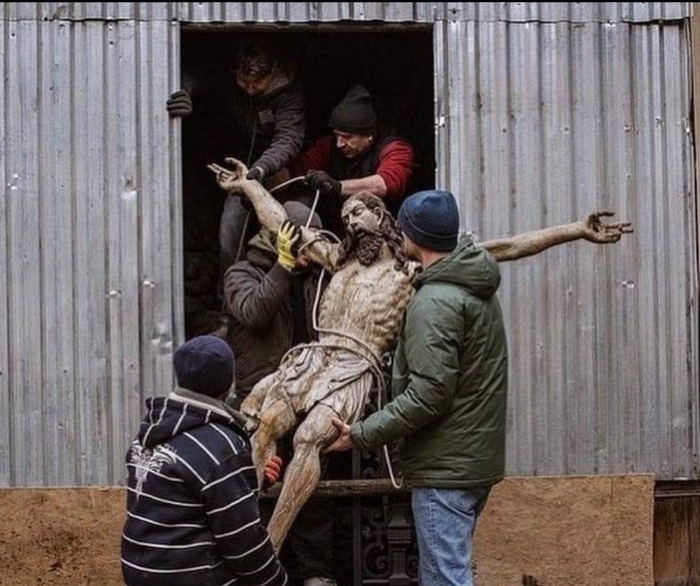