Genesis: Under numberless stars an old man stands amazed; his wife cries out in the pain of childbirth, laughing.

Exodus: Barefoot on the hot sand, he stares into the flame and haggles with a god whose name he cannot say.

Leviticus: At the mountain they wait in love and terror, while holy words pass through them like a sword.

Joshua: In the walled city a prostitute undresses to the music of trumpets and the sound of many feet.

Judges: As soothing as a therapist, she runs her fingers through his hair and says, “Now lie back and tell me everything.”

Ruth: He wakes in the night to find a woman, a foreigner, touching his feet. He rubs his eyes. He had been dreaming of kings.

2 Samuel: Victory! A riot of joy! The victor covers his face: O Absalom, my son, my son.

1 Kings: So, you really want a monarchy huh? Don’t say I didn’t warn you.

1 Chronicles: And behold, in those days all the begetting was done by the menfolk.

2 Chronicles: If we build it, he will come.

Ezra: When we saw the Temple we thought we must be dreaming, or that all our lives had been a dream from which we had awoken.

Nehemiah: When he read the scroll it was as if, after a long dementia, I remembered my name and wept to hear it spoken.

Esther: The orphan queen is glorious at her feast. In her glittering eyes are sex and armies.

Job: He scrapes himself with broken pots, cursing his mother’s womb. In the distance, Leviathan circles silently in the deep.

Psalms: The invention of antiphony: when my heart broke in two, I taught both parts to sing.

Proverbs: What a fabulous woman! I’ll marry her! (She left her fingerprints all over me.)

Ecclesiastes: Life is an empty sink. Someone has pulled the plug and all the meaning has drained out of it. So enjoy yourself!

Song of Songs: With the turtledove singing above them in the apple tree, the lovers took off their clothes and made beautiful poems together.

Isaiah: When the four corners of creation are picked up like a tablecloth, all the crumbs will slide into the middle, into Zion.

Jeremiah: The Word is at the bottom of the well, burning like a naked flame in the mouth of the weeping prophet.

Daniel: I pray (each day) towards the city of the Son of Man; to him all kings (all things) shall bend like grass in the wind.

Hosea: She has given birth. Another son! Tenderly her humiliated husband gathers the little prophecy into his arms.

Joel: Through the cracks in our broken hearts the grasshoppers have come swarming in.

Amos: Hallelujah! The Lord is here! Run for your lives!

Obadiah: I made you as numerous as the stars. Watch now while I rub out every star and wrap the world in darkness.

Jonah: When the prophet disobeys, even the fish of the sea are against him. When Nineveh repents, even the animals fast and pray.

Micah: We call you a minor prophet. But you are mountains rising behind mountains; all the world’s wealth is minor next to you.

Nahum: Grinning from ear to ear, he sings a lament for the fall of Nineveh.

Habakkuk: He sings of joy in God’s salvation, his face wet with indignant tears.

Haggai: After the return from exile, the prophets spoke in prose. It took captivity to wring the poetry from their souls.

Zechariah: If only you could have lived to see the day he read your scroll, and loved it, and told his friends to fetch a donkey.

Malachi: You’ve got a new temple; now get new hearts to go with it, before the temple’s Lord appears and turns the tables on you.

Tobit: In godless Nineveh one man keeps the faith alive, one cold grave at a time.

Judith: Ever noticed how men can lose their heads over the sight of a pretty woman?

Wisdom of Solomon: Surrounded by a harem of a thousand wives, Solomon yearns for his one true Bride.

Sirach: Adapt your life to Wisdom’s discipline, for her yoke is easy and her burden is light.

Baruch: A pocket-size edition of the whole shebang – the Law, the Prophets, and the Writings.

Letter of Jeremiah: Some advice about idols: if it can’t clean the birdshit off its own face, don’t worship it.

Song of the Three Jews: Inside the fiery furnace, the three boys were so cool that they struck up a tune to keep warm.

Bel and the Dragon: Too much greasy food is really, really bad for you.

2 Esdras: Our dead children are playing hide and seek. Soon God will find them and they will come out giggling from their graves.

Prayer of Manasseh: This part of our liturgy was written by an idolatrous king. In church, even the gargoyles have a place.

1 Maccabees: The false god’s broken altar is soaked in blood, for the Law has wielded a hammer.

2 Maccabees: It was God’s wrath that made us feast and sing among strange gods. Now wrath is kindled into an apocalypse of mercy.

Matthew: We thought his teaching was a mirror of God’s Law, but we were wrong. The Law is the mirror, reflecting him.

Mark: Just as we were killing him, God whispered a secret. No one heard except the soldier who raised his bloodied hands in awe.

Luke: After careful research I have prepared an objective scholarly account of what happened. It all began with an angel…

John: Because we could not find the way to God, he used a spear to open a door in his side, and said, “Look, I am the way!”

Acts: Proof of the resurrection: the powers of this world submit to a handkerchief on which an apostle has blown his nose.

Romans: Adam lost it, Christ found it, the Spirit gives it, faith holds it, creation yearns for it, death yields to it.

1 Corinthians: When the last trump sounded we didn’t hear it. We were too busy arguing and bragging about our spirituality.

2 Corinthians: O how I love you, you darling scalawags, you dear sweet blockheaded scoundrels, you infuriating puppies!

Galatians: We felt insecure without our chains so we hired experts to repair them. Then Paul came back, wielding a sledgehammer.

Ephesians: When the human race had split apart, God (who loves to renovate) took wood and nails and fastened it back together.

Philippians: Even in chains, Paul is freer than wild horses. Even in prison, his joy is boundless as the skies.

Colossians: God assembled all the pieces of the universe as one huge jigsaw puzzle, a perfect picture of Christ.

1 Thessalonians: In Christ there is no night but only one eternal morning in which the living and the dead awake and embrace.

2 Thessalonians: When I told you, brothers, that he’s coming back soon, what I really meant was soonish.

2 Timothy: The dying apostle writes his will: “To my dear son Timothy I leave all that I possess: my gospel and these chains.”

Titus: Don’t adapt the gospel to your life. Adapt your life to the pattern of the gospel.

Philemon: Then one day, for the first time in history, a slave and his master cried out in stunned recognition: “Brother!”

Hebrews: Look in the mirror to see the face; follow a shadow to find the thing; wade through blood to a place where bloodshed ceases.

James: Faith is a picture taken by the beggar at your door, not a selfie.

1 Peter: In the midst of a strange land all the strangers assembled in one place, and called it Home.

2 Peter: “Paul’s letters are hard to understand”: the calm judgment of a pseudonymous letter full of riddles and obscurities.

1 John: Love is the order of things; hatred is rebellion against reality.

2 John: Pure spiritual love is a delusion. Love has come among us in the flesh. It’s with our bodies that we walk in love’s way.

3 John: Oh my dear friend, I need to see you face to face to tell you what love means. Love can’t be sent by mail.

Jude: If ever the world is burned to ashes in a nuclear holocaust, let the last human being recite the epistle of Jude, and die.

Revelation: When she finally arrived at the wedding, she kissed him and said, “Sorry I’m late. The traffic was hell.” 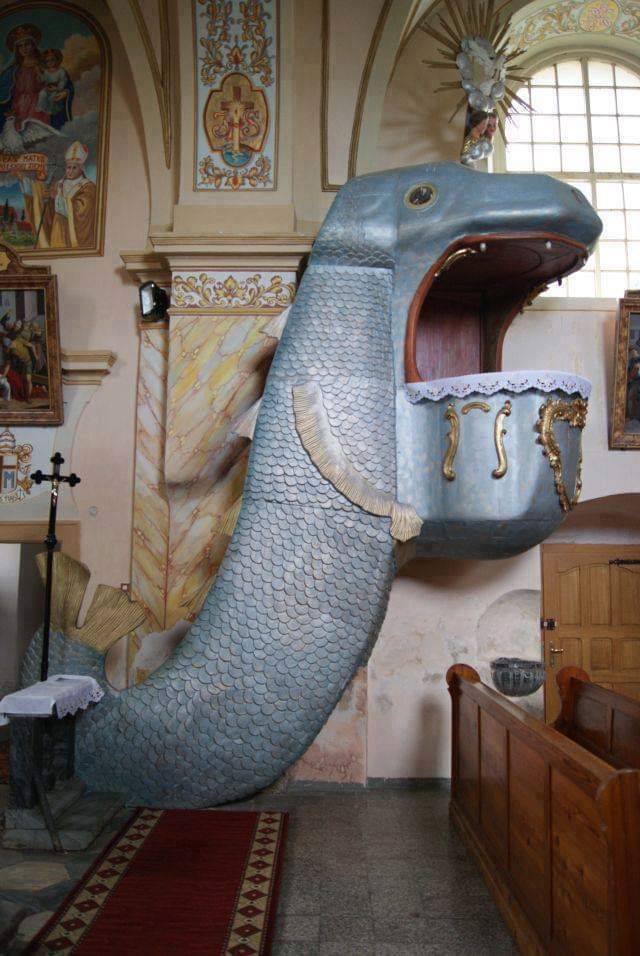