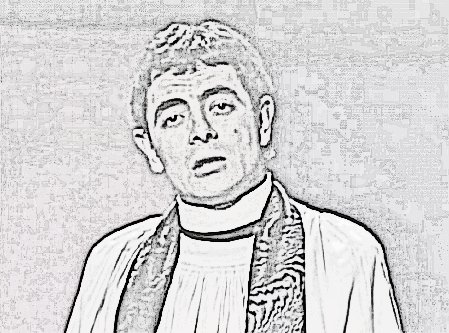 And on the third day, there was a marriage in Cana of Galilee. And it came to pass that all the wine was drunk. And the mother of the bride came to Jesus and said unto the Lord, they have no more wine. And Jesus said unto the servants: “Fill six waterpots with water.” And they did so. And when the steward of the feast did taste from the water of the pots, it had become wine. And they knew not whence it had come.

But the servants did know, so they applauded loudly in the kitchen. And they said unto the Lord: “How the hell did you do that?” And inquired of him: “Do you do children’s parties” And the Lord said:”No.” But the servants did press him, saying; “Go on, give us another one!”
And so he brought forth a carrot, and said: “Behold this, for it is a carrot.” And all about him knew that it was so. For it was orange, with a green top. And he did place a large red cloth over the carrot, and then removed it, and lo, he held in his hand a white rabbit. And all were amazed, and said: “This guy is really good! He should turn professional.”

And they brought him on a stretcher a man who was sick of the palsy. And they cried unto him: “Maestro, this man is sick of the palsy.” And the Lord said: “If I had to spend my whole life on a stretcher, I’d be pretty sick of the palsy, too!” And they were filled with joy. And cried out: “Lord, thy one-liners are as good as thy tricks. Thou art indeed an all-round family entertainer.”
And there came unto him a woman called Mary, who had seen the Lord and believed, and Jesus said unto her:”Put on a tutu, and lie down in this box.” And then took he forth a saw, and cleft her in twain. And there was much wailing and gnashing of teeth. But Jesus said: “Oh ye of little faith!” And he threw open the box and lo, Mary was whole. And the crowd went absolutely bananas. And Jesus and Mary took a big bow. And he said unto her: “From now on you shall be known as Trixy, for that is a good name for an assistant.”

And the people said unto him: “We’ve never seen anything like this. You shouldn’t be wasting your time in a one camel town like Cana. You should beplaying in the big arenas in Jerusalem!” And Jesus did harken to their words. And he did go on to Jerusalem, and he did his full act before the scribes, the Palestines and the Romans.

But alas it did not please them in their hearts. In fact, they crucified him.
Here endeth the lesson. Amen. 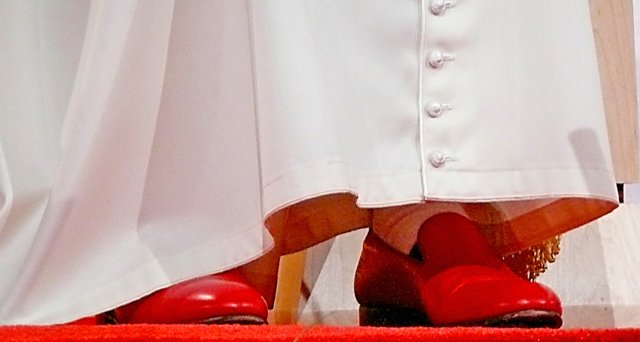