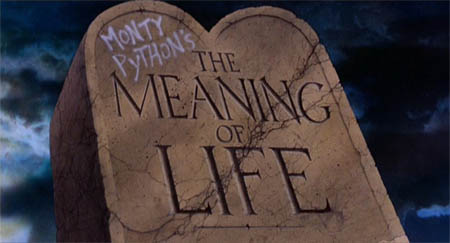 Mother: Get that would you, Deirdre…

Mum: Whose teatime is it?

Scores of Voices: Me, mum…

I’ve got something to tell the whole family.

Mum: Quick… go and get the others in,
Gordon!

I’ve got no option but to sell you all for scientific
experiments.

No no, that’s the way it is my loves… Blame the Catholic
church for not letting me wear one of those little rubber
things… Oh they’ve done some wonderful things in their time,
they preserved the might and majesty, even the mystery of the
Church of Rome, the sanctity of the sacrament and the
indivisible oneness of the Trinity, but if they’d let me wear
one of the little rubber things on the end of my cock we
wouldn’t be in the mess we are now.

Little Boy: Couldn’t Mummy have worn some sort of pessary?

Dad: Not if we’re going to remain members of the fastest growing
religion in the world, my boy… You see, we believe… well,
let me put it like this…

There are Jews in the world,
There are Buddhists,
There are Hindus and Mormons and then,
There are those that follow Mohammed,
But I’ve never been one of them…

I’m a Roman Catholic,
And have been since before I was born,
And the one thing they say about Catholics,
Is they’ll take you as soon as you’re warm…

Child: Let the heathen spill theirs,
On the dusty ground,
God shall make them pay for,
Each sperm that can’t be found.

Mum: Hindu, Taoist, Mormon,
Spill theirs just anywhere,
But God loves those who treat their
Semen with more care.

Women neighbours:
If a sperm is wasted,

Children: God get quite irate.

Priest: Every sperm is sacred,

Bride and Groom: Every sperm is good.

Nannies: Every sperm is needed.

Cardinals: In your neighbourhood!

Lady Mourner: And mine!

Nun: Though the pagans spill theirs,
O’er mountain, hill and plain,

Various artefacts in a Roman Catholic Souvenir Shop:
God shall strike them down for
Each sperm that’s spilt in vain.

Even more than everybody, including two fire-eaters, a juggler, a clown at a piano and a stilt-walker riding a bicycle:
Every sperm is sacred,
Every sperm is great,
If a sperm is wasted,
God gets quite irate.

Dad: So you see my problem, little ones… I can’t keep you here
any longer.

Shout from the back: Speak up!

Dad: I can’t keep you here any longer… God
has blessed us so much that I can’t afford to feed you
anymore.

Boy: Couldn’t you have your balls cut off…?

Dad: It’s not as simple as that Nigel… God knows all… He would
see through such a cheap trick. What we do to ourselves, we do
to Him…

Voice: You could have them pulled off in an accident?

Dad: No… no… children… I know you’re trying to help but
believe me, my mind’s made up. I’ve given this long and
careful thought. And it’s medical experiments for the lot of
you…

Mr Blackitt: Look at them, bloody Catholics. Filling the bloody
world up with bloody people they can’t afford to bloody feed.

Mrs Blackitt: What are we dear?

Mr Blackitt: Protestant, and fiercely proud of it…

Mrs Blackitt: Why do they have so many children…?

Mr Blackitt: Because every time they have sexual intercourse they
have to have a baby.

Mrs Blackitt: But it’s the same with us, Harry.

Mr Blackitt: That’s not the point… We *could* have it any time we
wanted.

Mr Blackitt: Oh yes. And, what’s more, because we don’t believe in
all that Papist claptrap we can take precautions.

Mrs Blackitt: What, you mean lock the door…?

Mr Blackitt: No no, I mean, because we are members of the
Protestant Reformed Church which successfully challenged the
autocratic power of the Papacy in the mid-sixteenth century,
we can wear little rubber devices to prevent issue.

Mrs Blackitt: What do you mean?

Mr Blackitt: I could, if I wanted, have sexual intercourse with
you…

Mr Blackitt: And by wearing a rubber sheath over my old feller I
could ensure that when I came off… you would not be
impregnated.

Mr Blackitt: That’s what being a Protestant’s all about. That’s
why it’s the church for me. That’s why it’s the church for
anyone who respects the individual and the individual’s right
to decide for him or herself. When Martin Luther nailed his
protest up to the church door in 1517, he may not have
realised the full significance of what he was doing. But four
hundred years later, thanks to him, my dear, I can wear
whatever I want on my John Thomas. And Protestantism doesn’t
stop at the simple condom. Oh no! I can wear French Ticklers
if I want.

Mr Blackitt: French Ticklers… Black Mambos… Crocodile Ribs…
Sheaths that are designed not only to protect but also to
enhance the stimulation of sexual congress…

Mrs Blackitt: Have you got one?

Mr Blackitt: Have I got one? Well no… But I can go down the road
any time I want and walk into Harry’s and hold my head up
high, and say in a loud steady voice: ‘Harry I want you to
sell me a *condom*. In fact today I think I’ll have a French
Tickler, for I am a Protestant…’

Mrs Blackitt: Well why don’t you?

Mr Blackitt: But they… …they cannot. Because their church
never made the great leap out of the Middle Ages, and the
domination of alien episcopal supremacy! 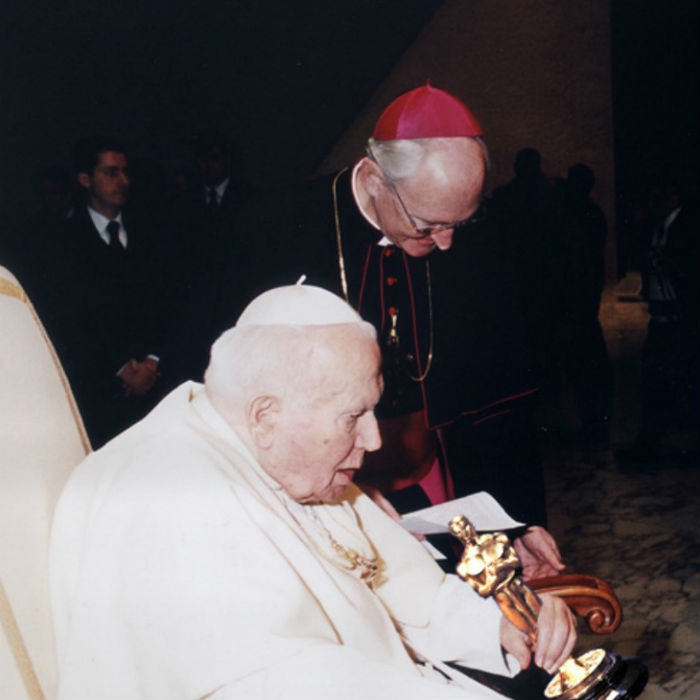